My time has come! I recently just took the plunge to get laser vision correction, also known as LASIK, at OCC LASIK. If you have read my previous posts, you will know that I’ve desperately wanted to make a change in my life and experience what life is like free of glasses and contacts. Well, this past Monday, that change finally came when I went through the LASIK experience!

In previous posts I explained to you about the new technology that LASIK provides, the success it has achieved, and shared with you all that I was looking forward to. Now, I can sit here and tell you that it has become a reality. Over the past few months, I’ve have gone from the initial testing period to having laser vision correction in a timely concise manner, and I want to share my experience with you.

When the opportunity arose to have a chance at LASIK, I was very excited as you can probably tell. So when it came time for the testing, I just hoped that upon completion, I would be a successful candidate. Clearly that wasn’t an issue, and much like everything else, neither was the testing. Again, I’m not a doctor, but I went through a series of different tests. If you choose to find out if you are a candidate, you will do very much of the same, but depending on your eyes, things could be different. From my experience, they checked the prescription of my lenses, the shape of my cornea, the health of my retina, and did a WaveScan of my eye. None of these tests were challenging or hurt at all. They were merely done to determine if I was fit to have the surgery, and done so in a way that takes time. Sure these tests were easy, but once I finished them, the results were studied and analyzed by our doctors that really took their time. More often than not, they stressed to me how important the testing is. Although I was anxious, that was something I respected. When I was informed that I was a candidate, a surgery date was given to me. I was very excited, anxious, and really couldn’t believe it was actually going to happen. I had a weekend to prepare for it, and when that Monday came along, I was more than ready. I’m sure you’ve all heard stories about this and that, but coming from someone who has actually gone through with it, you have nothing to worry about! The procedure is one that our doctors have thoroughly trained for and are more than prepared to perform. The same can be said for all our technicians as they’ve gone through training of their own. To begin, I was given some medication to calm my nerves and sent to a dark room to relax. After some time went by, they brought me into the surgery room to begin the procedure. I laid down on the bed that is attached to the machine which holds the laser that cuts the flap of your eye and the laser that will correct your vision. Almost immediately, Dr. Armogan explained to me the differences between the two and how I will be moving back and forth, from eye to eye without getting up. In addition, he, alongside the staff, also informed me about every tool that he was using, what it might feel like, and what to expect. There was never a moment of complete shock. Sure I was intrigued by the technology that was being used, but both Dr. Armogan and Dr. Ali as well as our technicians, let me know what was happening at all times. Essentially, they guided me through the entire process while they were performing it. Although the procedure is foreign to me and truly a once and a lifetime experience, I felt completely comfortable throughout.

Next to follow was uncomfortable, but did not hurt. A suction is put around your eye that resembles the look of a doughnut. It does feel a bit awkward when it is inserted and you will feel pressure on your eye, but again, this is most likely the worst you will experience and it is harmless. It is designed to hold your eye in place in order to successfully cut the flap of your eye, which is what follows. When hearing others talk about the idea of cutting the flap, it can sound scary and might make you feel uneasy, but I assure you, there really is nothing to worry about. When the time came, much like everyone else in the situation, I didn’t know what to expect but you literally don’t feel anything at all. At one point I even wondered if they had even cut it at all. Rest assured the flap was cut successfully which brings me to the main part of the procedure, laser vision correction.

Ironically, this part of the procedure that it is named after, turned out to be the easiest part. Dr. Armogan opened up the flap to my eye, and aligned it directly with the center of the laser. When the positioning was set, I was in effect, ‘locked in’, and did not move when the laser was applied to my eye. Much like cutting the flap, you could not feel anything and it turned out to be an experience of its own, one that I felt I embraced. Your eye is surrounded by these colourful, almost purple flashing lights. It felt like a scene from the movie, ‘2001: A Space Odyssey’! From there, the countdown began. “30 seconds – 25 – 20 – 15 – 10 -5 – treatment complete.” Before you can realize what is actually occurring, it’s over. There was a laser going into my eye that is designed to improve your vision, but I didn’t feel a thing and was really just staring at flashing lights. It’s a surgery that has been perfected and performed a million times that involves very complex technology, but again, everything from my perspective was very simple, painless, and worry free. When this part was completed, they folded the flap back over top of my eye, made some minor adjustments, in which I could literally see them doing, and that’s it!

Once the procedure was complete, I sat up and did not experience any pain in doing so. The staff then had me walk to another room so the doctors could take a closer look at my eyes. Although I thought I was finished, I was appreciative of this because it showed that they not only cared, but wanted the best results possible. I then rested my chin on the ‘slit lamp’ machine, which is a standard device used to check your eyes, and again, it was harmless. I will admit, much like anyone else who will experience laser vision correction, is that your eyes will be sensitive to light. And with the doctors using a light to take a closer look at my eye, it was challenging to keep them open. But in the end, that is just a minor detail to me. I’ll gladly experience some light sensitivity for a lifetime of clear vision! I was then given a specific eye drop regimen, patched up with a set of clear eye guards that you also have to wear to bed, and sent on my way! My girlfriend picked me up, drove me home, and was basically my Seeing Eye dog for the night! When I got home, I took one drop of tetracaine and two Advil’s, because I experienced some minor pain, and I could open my eyes within hours. I could tell my vision had improved, but it was still too early to tell. My eyes were too foggy and sensitive to light, so my girlfriend patched me up and I went to bed. 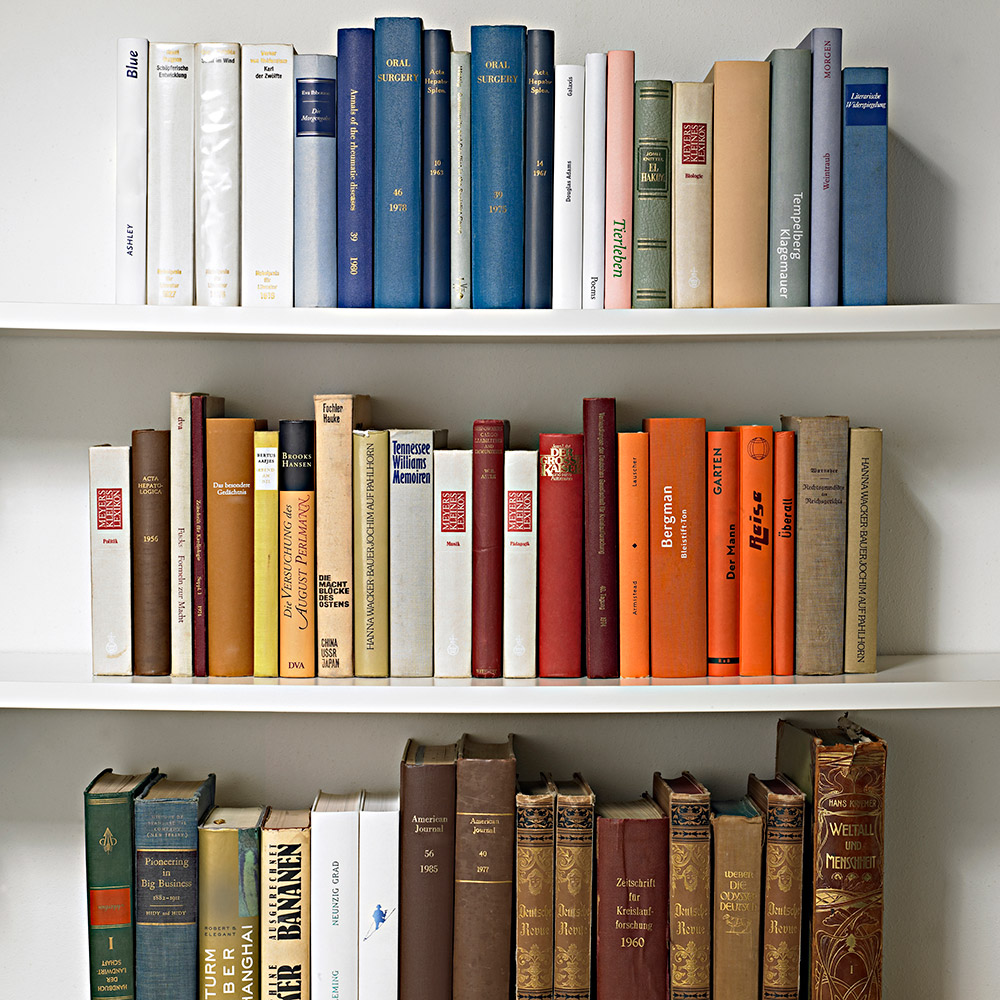 I could read the book titles on the shelf!

When I woke up in the morning, it didn’t even feel like I had surgery. Although my eyes felt dry, there was absolutely no pain! This I couldn’t believe. I thought for sure that I would at least feel pain when I woke up, but I had nothing. Of course, then came the moment of truth: I could see my alarm clock beside me, I could read what was on my walls, I could read the book titles on the shelf, I could see! It really was amazing to open up my eyes that morning and realize that I could see. I remember thinking, ‘I will never have to reach for my glasses again!’ It sounds very cliché, but I really did think that, and to this day, I haven’t had to reach for them! It’s so amazing that I was completely dependent on my glasses and when I woke up in the morning, they were no longer a part of my life! 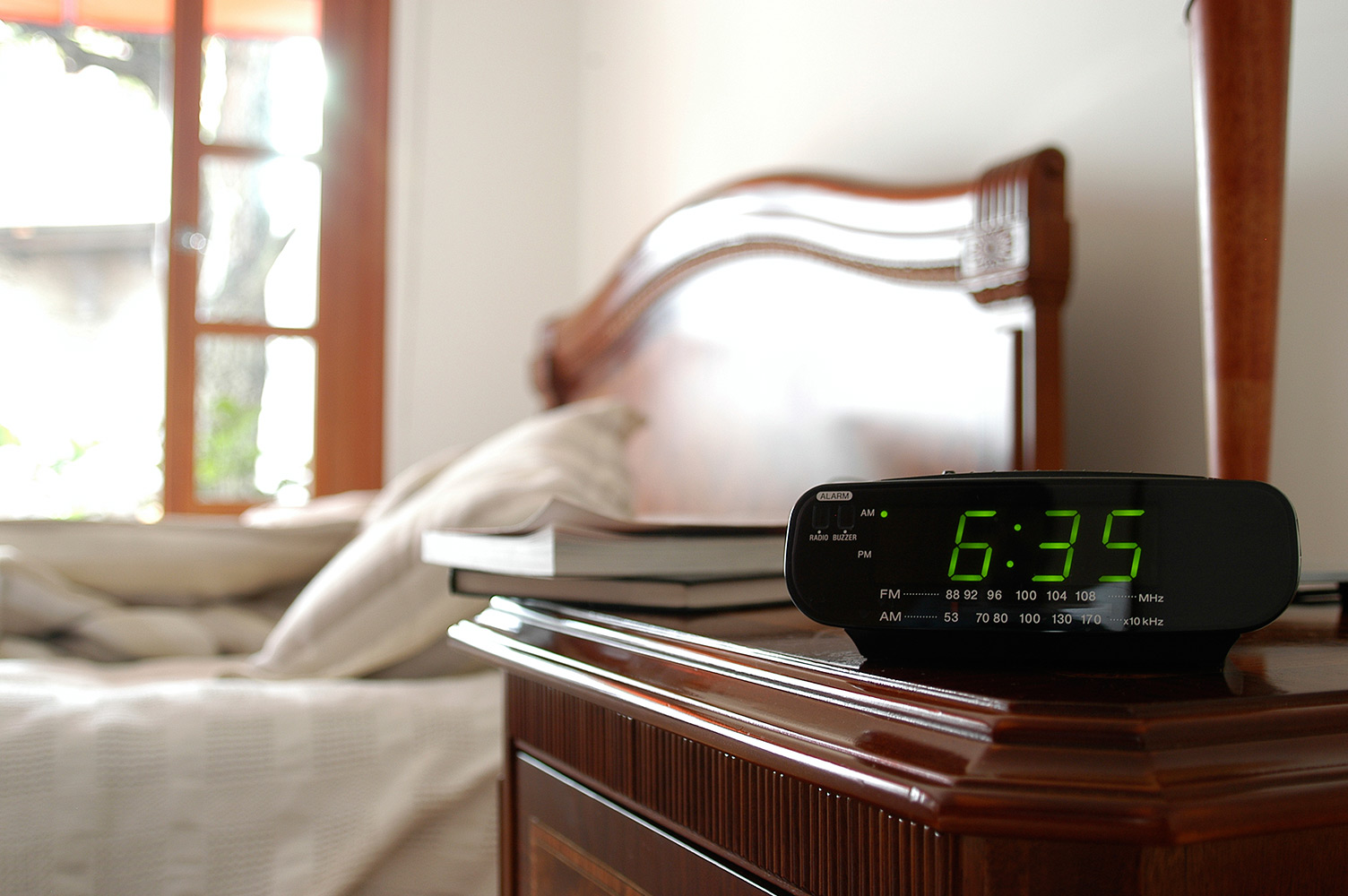 I could see the time on my alarm clock!

That same day, I had to come in to OCC LASIK for a quick check up. The doctors made a minor adjustment to my flap, which was done with numbing drops and a Q-tip, and upon a quick test, they discovered that my vision went from 20/30 with my glasses on to 20/15 after LASIK surgery. Truly an amazing transformation.

Today my vision is still great. I’m still in the infancy stages in which I’m healing and recovering, but I expect things to get much better. Although there have already been drastic changes, I won’t fully experience true results for at least 3 full months. It has only been two weeks, but I’m very eager and excited to see what life will be like 3 months from now. That is when I will really get a better understanding of what life will be like without having to grab my glasses and contacts! You can also keep in mind that I was back to work in a day and driving after 2-3 days. I also need to take the anticipated drive to the Ministry of Transportation to get my license fixed!

So for those thinking about making the commitment to LASIK, I highly suggest it. I hope you read my post and understand that the procedure is not bad at all and it will pay dividends in the end. I encourage you to come to OCC LASIK and see if you are a candidate.

My only complaint, like many others, is that I wish I had done it sooner!